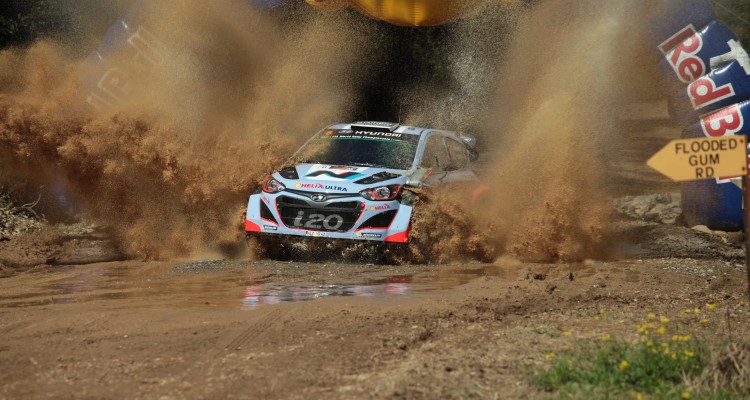 Australian Chris ATKO Atkinson concluded his home rally, and just his second WRC event of the season with the Hyundai Shell World Rally Team, in tenth place at the Coates Hire Rally Australia.

His early struggles to find a good rhythm led to an early position on the road, which has further impeded his progress.

Nonetheless, his drive has helped the team to learn more about the performance of the i20 WRC on the Australian gravel surface, which will be hugely important for next season.

“I’ve had a pretty steady run today and the car was working perfectly. We’ve not been in a position to fight for anything so it’s been important just to bring the car home, so the team can pick up as much information as possible,” said ATKO.

“The stages have been in a good condition and the crowds have been phenomenal.

“It’s not been the easiest of weekends as I struggled to get into a rhythm early on in the rally and that has had a knock-on effect for the remaining days, as I was first on the road.

“That has dictated the extent I have been able to push so instead we just focussed on finishing the rally. It’s nice we’ve been able to get all three cars inside the top ten.”

This weekend’s rally has been the team’s first outing on the unique Australian terrain, so the focus has been on gathering valuable experience in preparation for next season.

There has still been plenty of action along the way offering plenty of excitement for the Australian fans and a lot of positives to take away for the young Hyundai Shell World Rally Team.