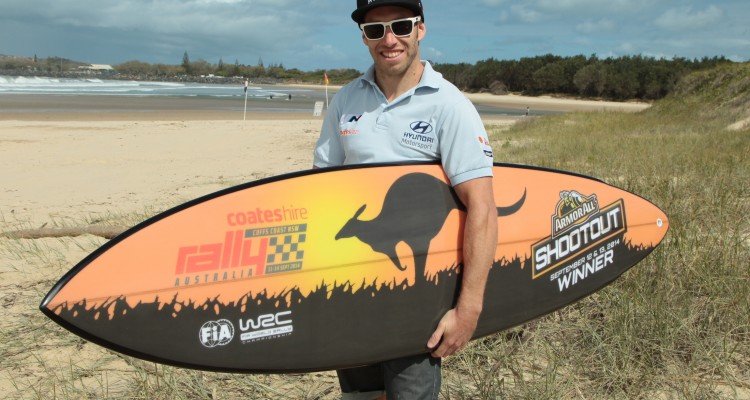 Hyundai Shell World Rally Team’s Chris ‘ATKO’ Atkinson has unveiled what is set to be a sought-after prize among drivers from many countries at this week’s Coates Hire Rally Australia – the Armor All Shootout trophy.

Designed specifically for the Australian leg of the WRC, the Armor All Shootout is a unique format which will award the driver who secures the fastest aggregate time over four runs of the Hyundai Super Special Stage at the Coates Hire Rally Australia on Friday and Saturday nights.

Drivers from Finland, Germany, France, Belgium, Norway, UK, Australia, New Zealand and others will be vying to take home the unusual trophy.

“This is a really cool concept and an even cooler prize which I’m sure all of the drivers will want to get their hands on,” said Hyundai Shell World Rally Team driver Atkinson.

“I’ve been competing in the WRC since 2005 and we’ve never had something like this before so it will be great for the fans that we can bring something a little different to the World Championship event next weekend.”

The SSS is expected to attract thousands of spectators on the Friday and Saturday nights of the rally to see the world’s best drivers tackle a tight and challenging tarmac and gravel layout in the precincts of the C.ex Coffs International Stadium.