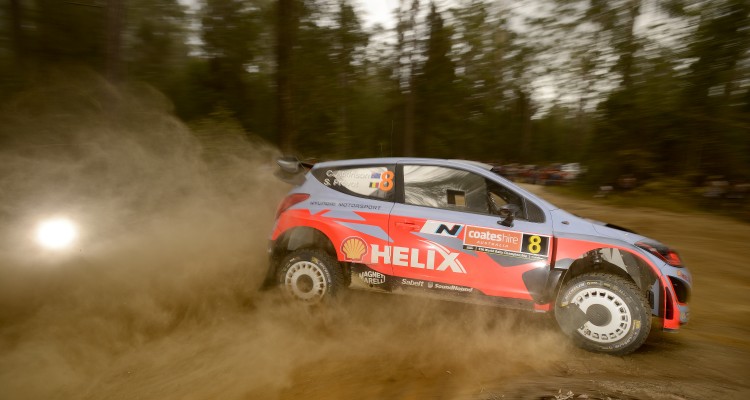 This extraordinary result against the world’s best manufacturer teams immediately opened doors for the Queenslander as the Subaru World Rally Team snapped him up for their 2005 WRC campaign.

World Rallycross (World RX) currently has some of the world’s most skilled drivers looking to enter the sport, keen to race the 600bhp 4wd machines on the short, sharp mixed surface circuits which make the races so very unique and exciting for fans at the track or the millions following the action LIVE on TV.

With ex-team mates Petter Solberg (current defending World RX Champion) and Ken Block already involved, Atko knows who he’s up against, and is looking to add a considerable amount of wins to his already impressive racing career.

Atko comments, “I think the WorldRX concept is great! I’ve always thought Rallycross was a really sweet format and you can see that now with the way the FIA World Rallycross Championship is growing. Manufacturers are coming into it and it’s evolving to the stage where it’s becoming a lot more professional. WRC cars are incredible but these Rallycross cars are pretty much double the power of a WRC car. Everyone who’s driven one says it just blows your mind – you know, 0-100km/h in 1.8-2.0sec, anytime you’re doing that, it’s impressive. Racing would be crazy fun, you’re basically in a weapon with eight other lunatics hoping you come out of the first corner… not backwards! I can’t wait to explore opportunities with the Roots team and get on the grid for 2016.”

Ian Bergin, Sponsorship and Rights Management at Roots, adds, “I’m really excited about working with Atko and seeing him behind the wheel of a World RX car. I have been around the paddock since IMG took over RX and have seen the sport grow at an unbelievable rate under their management. It’s awesome that more WRC drivers are seeing the opportunities within the World RX paddock and we’re very happy that Atko chose to work with ROOTS. It will be a busy winter talking with teams and interested partners but our focus is to be ready for 2016.”