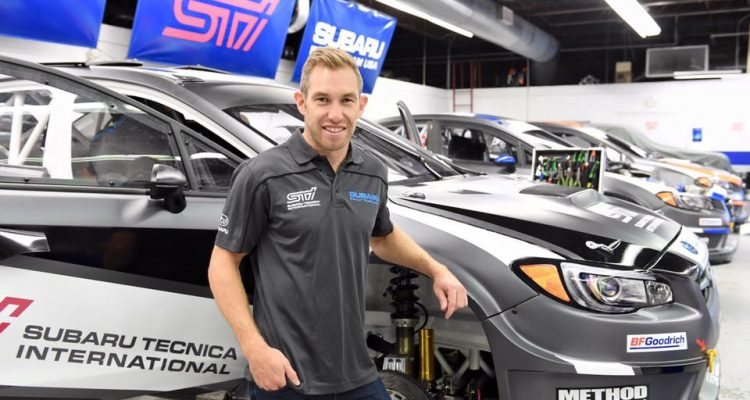 Atkinson has a strong history with the Subaru brand, having driven for Subaru Australia in 2004, before joining the Subaru World Rally Team between 2005 and 2008. Atkinson has accumulated 77 starts in the WRC including 41 stage wins and six podiums. The Australian is looking forward to re-joining Subaru for a new challenge in the Red Bull Global Rallycross Championship. The Atlantic City Red Bull GRC round will be Atkinson’s first-ever rallycross event.

“The team is great. It’s impressive to see how much the car has evolved since I last saw the guys. It’s really a great operation. They’ve come a long way since I first saw the guys 10 years ago,” commented Atkinson. “The team is a really good bunch of guys, good fun. Everyone is really motivated to succeed and to improve. I’m really excited to be part of the team. It’s great to see everyone working hard and I’ll do my part, and look forward to pushing for a good result.”

2016 has been a busy year for Subaru Rally Team USA, as the team has been engaged with multiple tests and a methodical development approach to be primed for the 2017 GRC season. Atkinson took part in a recent test where he was able to drive his 2017 Subaru WRX STI GRC car and work with the team to further develop the chassis.

“It’s pretty mad. I’m used to a 340hp rally car and not a 600hp Supercar. It definitely goes well compared to what I’m used to. That was my biggest impression on the car. The rest is quite similar to a rally car in terms of handling and dynamics so I got used to it pretty quickly,” explained Atkinson. “I had a big smile on my face every time I got on the gas! That was pretty cool.”

The ninth round of Red Bull Global Rallycross at Bader Field in Atlantic City, NJ will be held on August 27-28. The runway-based course will be the longest course (1.1 miles) of the Red Bull GRC season consisting of 10 turns with 80% tarmac and 20% gravel. Subaru Rally Team USA drivers, Sverre Isachsen and Bucky Lasek will be visiting the Children’s Hospital of Philadelphia on Friday, August 26th with Racing for Kids as a part of the Red Bull GRC’s charity initiative and later Friday they will be joining the Atlantic City Boardwalk Parade from 5pm-7pm to kick off the race weekend.

The race will be televised live on NBC from 3pm ET on Sunday, August 28th and will be streamed live on Redbull.tv.