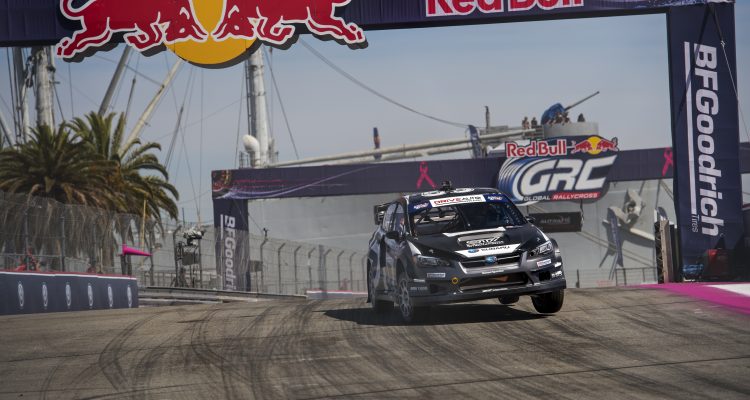 Atko’s ascent to the front of the Red Bull Global Rallycross pack continued during the last round of the series, securing Subaru Rally Team USA’s first pole of the 2016 season in Los Angeles.

Making only his fourth career start in the Supercar class, paced the field with a time of 42.594 seconds, beating Saturday’s runner-up Tanner Foust by .171 seconds.

Atko would go on to pick up two, seventh place finishes in both finals at Los Angles and place as the highest Subaru in both races.