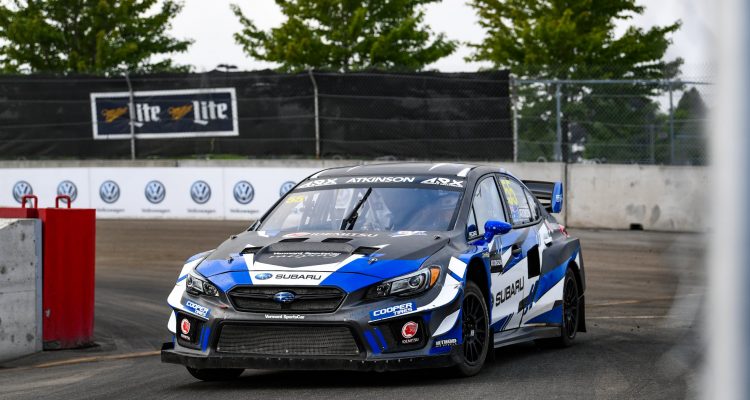 The third round of the Americas Rallycross (ARX) at the Grand Prix de Trois-Rivieres in Canada finished with increasingly quick qualifying lap times across the board with Atko turning up the heat in the fourth and final qualification session where he took first position in his quali race.

The team made adjustments overnight and throughout the morning qualifying sessions in order to get the cars ready for the semi and final races of the weekend.

Atko spoke with us back in the paddock “This is really the best the car has been, ever and it’s pretty amazing how fast of a lap we can do with some clean air. It just shows that getting out front is everything right now.”

In the end Atko claimed fifth in the final with teammate Patrick Sandell in fourth and Jacques Villeneuve in 8th, each accumulating valuable championship points.

Overall, the WRX STI’s prepared by Vermont SportsCar showed pace that was consistently at the top of the pack.

The next and final event of the 2018 Americas Rallycross Championship inaugural season will bring the drivers back to Circuit of the Americas on September 29-30.