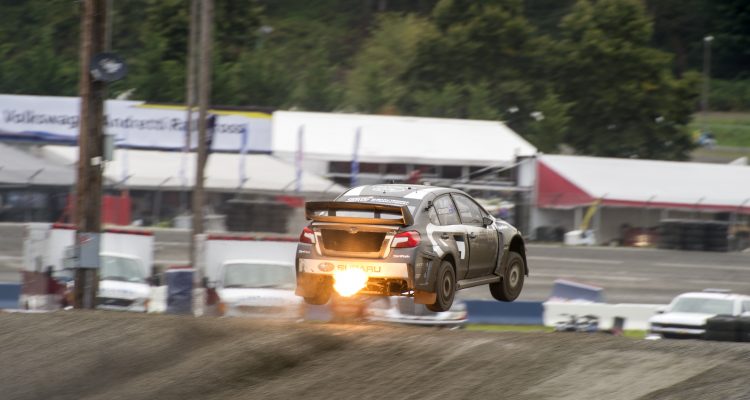 Atko returns to the wheel of the 600HP WRX STI rallycross car after Subaru Rally Team USA confirmed three drivers will compete in the final weekend races of the 2016 Red Bull Global Rallycross Championship, a double-header race held at the Port of San Pedro, CA in metro Los Angeles October 8-9.

After strong performances at the Seattle, WA GRC round Subaru drivers Atko and David Higgins will continue on to LA, and be joined by Japanese rally legend Toshi Arai.

Atko, who made his Red Bull GRC debut at the Atlantic City, NJ round charged from the back of the field in Seattle to finish 6th overall, SRTUSA’s best result this season.

“I’ve really enjoyed working with the Subaru team this year and getting my seat time in GRC,” explained Atkinson. “It’s been fun and challenging so far, and now with a few races completed with the Subaru team, I know we can fight at the front in LA.”